Here are some rather shitty coding projects I've worked on. Most of these are just little console-based nothings that I've written in python with Pydroid 3 for Android. They really are nothing special, just things I do in my spare time rather than browse reddit or facebook.

Click on the titles to visit their respective Git repositories.

Here are some rather shitty coding projects I've worked on. These are just little console-based nothings that I've written in python with Pydroid 3 for Android. They really are nothing special, just things I do in my spare time rather than browse reddit or facebook.

I needed a security system for my office, but didn't have the money to buy one. So I wrote this. It opens a viewer to align your webcam where you want it. Press 'C' when you're ready. That viewer will close and the Jeopardy theme song will play, giving you time to get out of the room. After the song ends, the security camera will kick in. It opens a viewer, and takes a picture every 5 seconds. It compares the current frame against that picture to detect movement. If movement is detected, it plays a studpid warning sound that I made (Dummy.mp3), records the video, saving it to the hard drive, and sends a text message to me. Press 'Q' to quit the program. 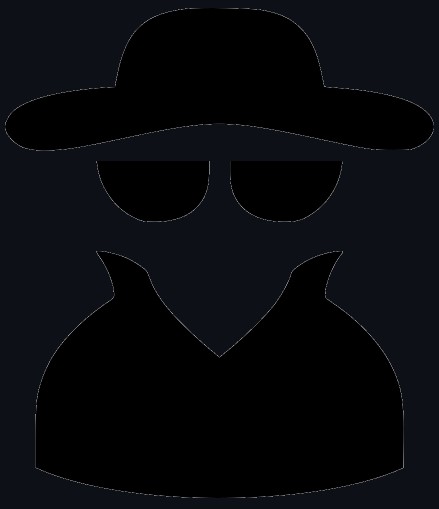 Made using C# and WinForms. This was a class assignment. I took it a little bit further than was required and added some functionality to minimize errors. It's still nothing special at all, but it was the first program that I actually turned into a .exe and ran as a standalone, so it holds a special place in my little heart. 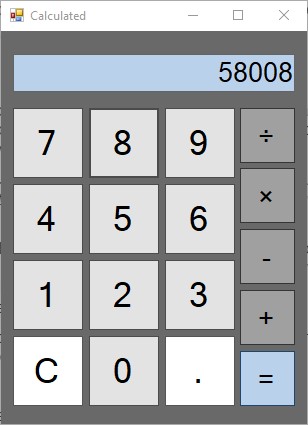 Another program written with Pydroid 3 on Android. Absolutely useless, but amusing. This converts words and numbers to calculator-style characters (seven-segment displays). Of course, not all letters are able to be displayed in this manner (k, m, v, w, x, z). Attempting to input one of these characters will prompt you to input something else. Type 'quit!' to quit.


A text-based Connect Four game written in python on Pydroid 3 for Android.

Very basic AI. really, nothing specila. It was just fun to build in some free time on my phone over a couple of days. Choose a number to drop your piece into that corresponding column. The AI will follow, attempting to block you from making four in a row.

When a winner is found, the four winning pieces are replaced with '!'

A simple password generator. Could use improvement, I'm sure.

I created this on Pydroid 3 on Android just for fun and practice. Simply enter a number from 5-20 to indicate how many characters you want your password to be. The code will then generate a chunk of lowercase characters, uppercase characters, numbers and special characters, combine those into a string and then convert to a list. The list is then shuffled and converted back to a string which is outputted as your new password.


Pydroid 3 tic-tac-toe Project, made for fun on Android

This is a very simple text-based tic-tac-toe program that I made with Pydroid 3 on Android just for fun. The numbers 1-9 correspond to spaces on the board. Type a number to write an 'x' in that space. The game ends with either a win, lose or tie. There is actually a trick to playing which can significantly increase your odds of winning against the AI. I thought about coding this out, but I ultimately decided to leave it in as a method of strategy.